On Sunday March 17th, a few friends and I decided to head to the Pranzo Domenicale (“Sunday lunch”) offered by Seoul’s Club Italia. When I was doing my internship at WorknPlay, one of the other interns suggested that I check out this weekly luncheon, which is held in the basement of Seoul’s Franciscan School (map below):

Reservations must be made a few days in advance via their facebook group – Club Italia Seoul. They can be reached via email at clubitaliaseul@gmail.com. In addition to the Sunday lunches, Club Italia also has started hosting weekly Italian pizza & movie nights (held Thursdays).

The menu for the Pranzo Domenicale is set, and changes weekly. The charge is 15,000w (about $14 CAD) which is actually quite reasonable.

At most “Italian” restaurants in Seoul, you would pay that amount for one dish; the quality of which being nowhere near the level of Club Italia’s. You really cannot beat home-cooked food, especially when the choice is between authentic Italian vs. “gorogonjola pijja” served with a side of honey. Or – even worse – salad pizza, a highly disturbing phenomenon which is beginning to gain more ground here in Korea.

Anyways, I digress – here was the menu from March 17th:

Caffé espresso
(the best you can find in Seoul!) 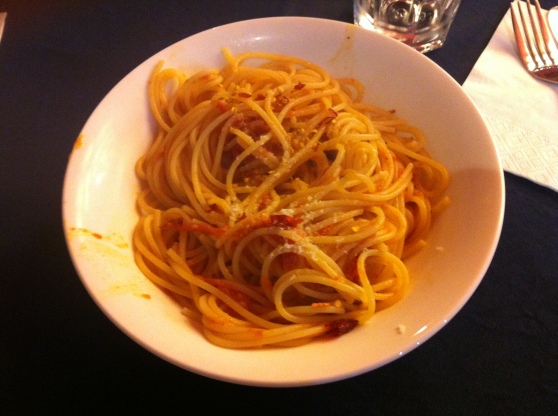 Some friends in line for the self-serve meal.

The best chicken I’ve EVER had. This was kind of like a cordon bleu – chicken breast stuffed with cheese, prusciotto, spinach, and cooked to perfection. It was so tender and moist that it seemed to just melt in my mouth… Can you believe I was meat-free for six years??

A basket of bread was served to every table. I didn’t get any photos of the dessert, or my espresso – which I spilled, promptly after taking one sip and being momentarily transported to coffee heaven. At least I know it was good for next time! 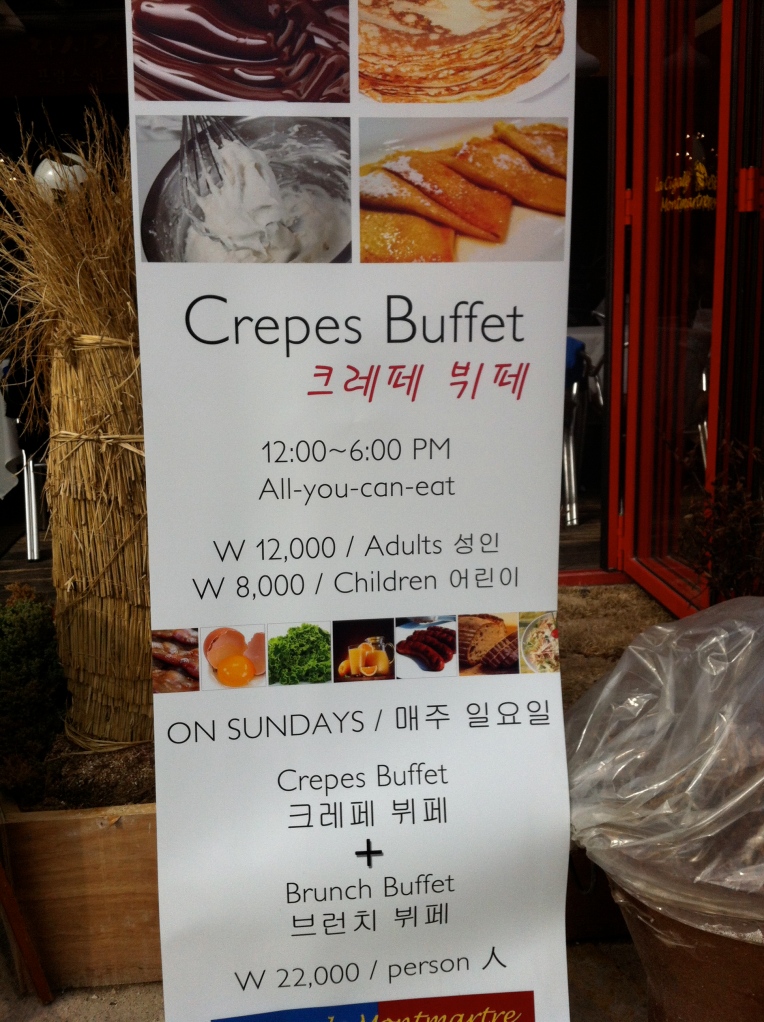 After the lunch ended, I made my way to Itaewon as I had to meet with a friend to talk about our upcoming trip to BALI! On my way to the cafe, I passed by this sign at la Cigale Montmartre, a popular French restaurant in Seoul’s foreigner district.

Next post: Attacking the crepe/brunch buffet at la Cigale!