Last night, I had the pleasure of going out with a friend of mine to Bonny’s Pub in Haebongchon.

We chose Bonny’s because a mutual friend of ours had won a voucher for a free pizza + two beers at a charity event I helped organize back in May. Bonny’s was kind enough to donate a voucher for the raffle, but sadly, my friend couldn’t use it before she left the country.

So, she left it in the kind hands of your’s truly and our mutual friend Wang Min (whom we’d met at a Makgeolli Mamas and Papas meet-up).

Seeing as my days in this country are numbered, Wang Min and I decided to head into the hip/up-and-coming Haebongchon neighbourhood for some free pizza and beer. 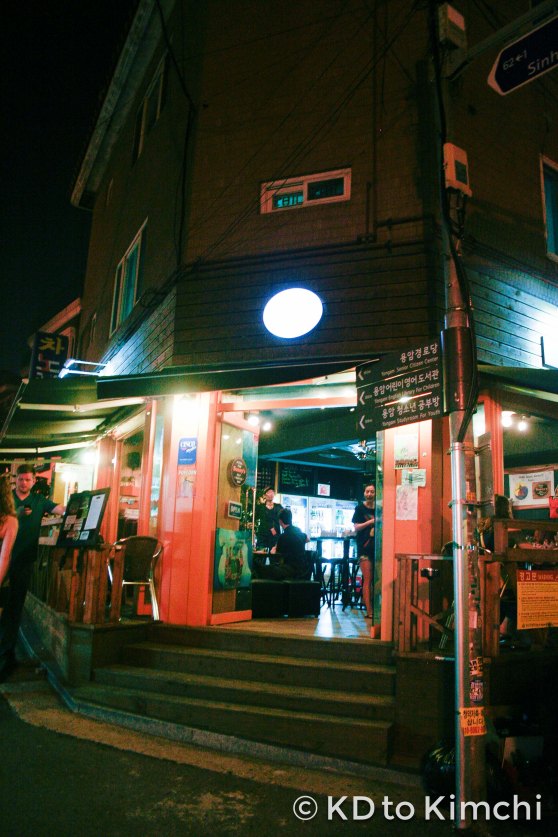 The interior of the pub

Since the place is so small, you just go up to the til to order and pay on the spot. Your server will bring you your food and draft beer, otherwise, you’re free to help yourself to the bottles in the fridges (paying first, of course!).

Wang Min and I decided to keep it classic, and ordered Bonny’s pepperoni pizza with thick crust. Bonny’s does have the option of ordering thin curst pizzas, but I’d read on some food blogs that thick was the way to go – a true “American-style” pizza.

Needless to say, it was delicious. It had a nice thick, greasy crust that reminded me of Pizza Hut-style pizza from back home. And yes, we finished the whole thing! But not without washing it down with a couple free draft beers that came with the voucher.

Bonny’s has Max beer on tap for 2,500w/glass, which is not bad at all. Wang Min treated me to a Tsingtao, which tasted deliciously refreshing on that hot summer night. 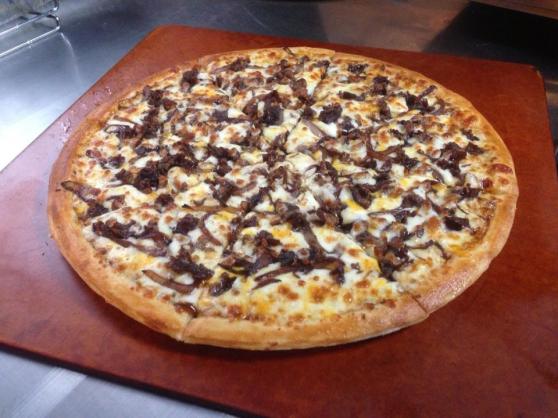 I am a bit skeptical about the notion of putting kimchi on pizza… Though based on the photo Bonny’s has on their facebook page, it looks like a fairly doable concept. If I was here longer, I’d definitely give it a try.

Over 70 brands of international beers to choose from (Photo: Bonny’s Pub, facebook) 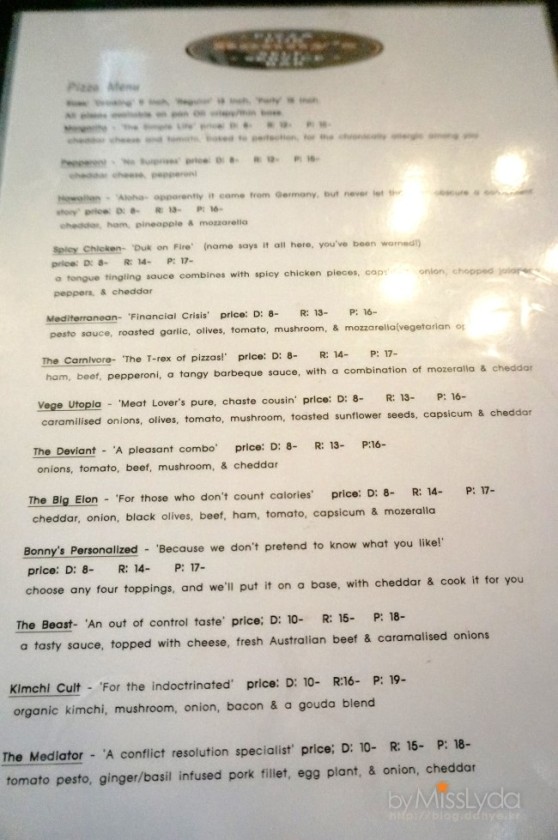 If you’re looking for a thick, greasy and cheesy American-style pizza, then Bonny’s is your place.

One thing I wish I would’ve known a few months ago: Bonny’s does 4,000w unlimited Americanos on Sundays (they call it their “Hangover Special”). Pair that with a greasy 3,000w slice of pizza, and  you’re good to go. Or, if you’re like some friends of mine who swear by beer as the best hangover cure, you can’t beat a 640mL bottle of Tsingtao for 5,000w.

Pizzas range in price from 8,000w (small) to 18,000w (large), with prices fluctuating depending on the toppings.

The open-air atmosphere was cool, but on such a hot and humid night, some AC would’ve felt even better!

A Korean blogger noted that there is NO hangeul menu, and that one can only order in English ^_^ Too bad for the non-English speaking Korean pizza-lovers out there, although I’m sure they’d get by okay just by pointing and grunting at the pictures (hey, that’s what I do here!).

Directions:  Noksapyeong Station, exit 2. Walk straight up the hill, passing the kimchi pots on your left. Keep walking for about five minutes, and Bonny’s will be on your left, right after Phillie’s Pub and across the street from Indigo. If you see the Pinoy Mart on your right, you’ve gone too far.