Yesterday, after two months of eager anticipation, I received my birthday package from Canada! 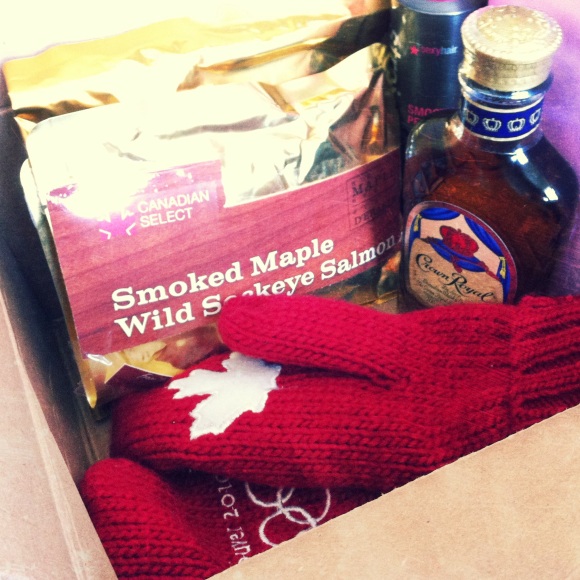 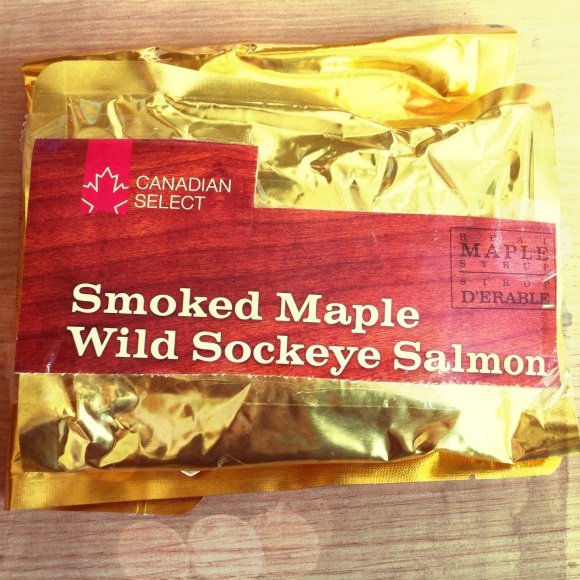 Mmm… maple salmon… I’m going to save one pack until the exam period for late night snacking with my roomie, and another pack for Christmas.

These gloves were super popular during the Vancouver 2010 Winter Olympics. They sold out everywhere because they were so comfy and warm! They look super great too. 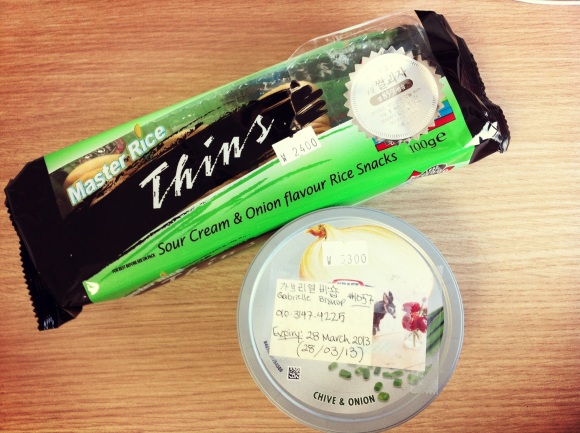 Because of the salmon, I decided to buy rice crackers and chive & onion Philly cheese dip (my preferred flavour is the low-cal herb & garlic cream cheese, a cheaper and less-fattening version of Boursin, but I could only find the plain and chive & onion ones!).

Anyways, I had to make a special trip to the foreigner district of Seoul (Itaewon) for these “speciality” products. I actually haven’t been to Itaewon too much. As one of my other foreigner friends described it, it’s basically like Korea’s “Americatown”. I took a trip to the famous High Street Market there, which is the most popular foreign food shop in the city.

The prices weren’t too bad; the crackers and cheese were about the same I’d pay at a Thrifty Foods in Canada, and I was excited to see that they sold Reese cups! However, these were most certainly not cheap – I’m talking like $20 for a medium-sized bag (something that would probably cost $5 in Canada). I love Reese, but I don’t love them that much!

This photo is from their facebook page. HSM has a deli section and also sells frozen meats, baking supplies, pastas, snacks, import beer & wines, among many other things. HSM is also sponsoring a fundraiser I’m helping plan with Justice for North Korea (a local human rights NGO based here in Seoul) so they’re obviously a socially-concious business! HSM was actually a bit smaller than I’d expected, just based on the hype, but there were lots of goodies that I’ll likely by back for… But couldn’t find any Kraft Dinner. Bummer!