This past Saturday, the International Office organized a trip for the exchange students to the Suwon Folk Village… 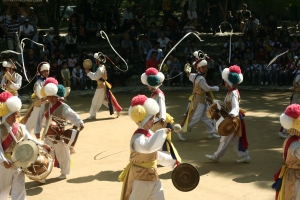 The night prior, it was Damien (a Polish exchange student)’s birthday, so in true CAU International Student style, we had to throw a party for him on the famous Chung-ang steps! Cheap liquor and snacks were abound, and at midnight, we all did a celebratory shot of Polish vodka. Afterwards, I had the munchies reeeeeeal bad, so I went with a few friends to my favourite restaurant (so far) by the university, Chandokdae. Serving up cheap jeon and makkeoli, this restaurant is always jam-packed with CAU students.

We finished off the night by walking up this giant hill that our Korean friend, Seong, showed us. What a view. Seriously, the photos don’t do it any justice… 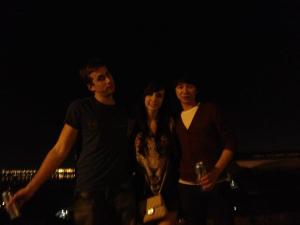 Johannes (from Austria) on my left, Seong (Korean, studied abroad in Aus and Canada) on my right. Our friend Julien from France took the photo. 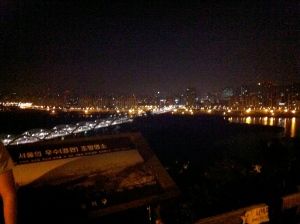 Again, I stress that the photo does the view zero justice. 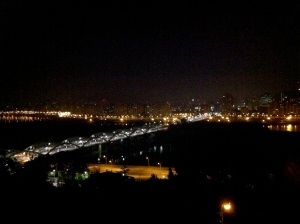 An amazing way to end the night. Wait, no. It ended with Egg McMuffins at the campus McDonald’s at 4:30am, with still a half hour to kill before the dorms would let us in – a mere 3.5 hours before we were supposed to be on the bus to the Folk Village. Yeah, not the finest of moves 😛

So aaaaannyyywayyyys, back to the Folk Village! 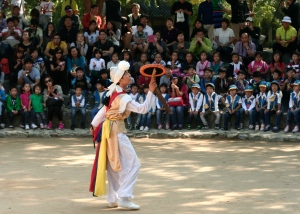 This guy spun some tops. Hurray! 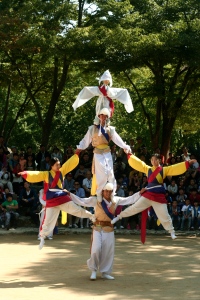 Impressive act by the acrobats. 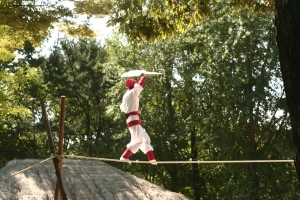 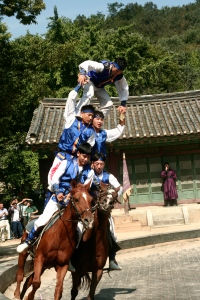 Some equestrian performers, all seemed quite young. 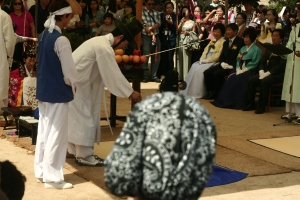 Oh yeah, we were told there would be a traditional Korean wedding ceremony held somewhere in the village. Only thing was, we all just assumed it was going to be staged 😛 After a few of us noticed several people dressed to the nines (in modern clothes), and a registry for the bride and groom, we concluded that no – this was a real wedding!

If you look in the left background, you can see the bride. The groom is the one in white/bowing, I think. The parents of the couple are sitting in the right-hand background, the mothers in traditional Korean dress (“hanbok”). 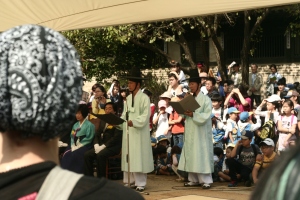 Yeah, it was definitely a real wedding. 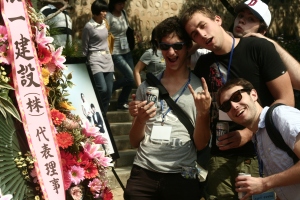 These guys thought it would be a good idea to start drinking around 10:00am. At the Korean Folk Village. After getting about an hour of sleep the night prior (and in full knowledge that we were going out later that night), the beers kept on coming. And yes, they were bought on-site 😛 Korea is a wonderful country.

I should mention that I was still recovering from a horrible hangover at this point, so despite everyone’s insisting that more beer is the best cure for a bad hangover, I decided to stay sober during the daylight and wait until the club to drink 😛 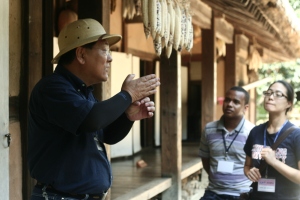 This was our tour guide, a Catholic deacon who was the descendent of a Korean saint. The man was hilarious. His English was fantastic, and really made the tour interesting for our group! 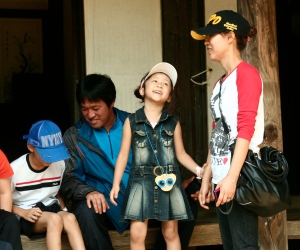 I felt oddly maternalistic the whole time we were at the Folk Village. There’s something about Asian babies/kids that is just so god-damn cute. As someone who has very little tolerance for children, I was really scaring myself. Me, wanting to go run and play with the kids?? IMPOSSIBLE! But then, without mentioning this phenomenon to anyone, I overheard a few other exchange students (most of them guys, actually) squealing with glee each time a cute little kid walked past. “They’re just SOOO CUUUUUUUUTE!” – their words, not mine! But don’t worry, no babies (Asian or not!) for a VERY, very, verrrrrrrrrrrrrrry long time. 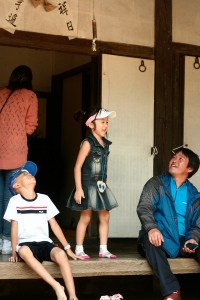 Come on though, isn’t she a sweetie?! 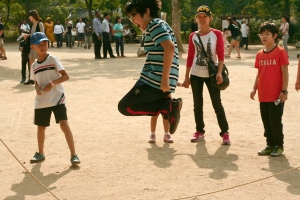 These kids were jumping rope.

Later we visited Hwaseong Fortress, before stopping to get Korean BBQ.

Nearly everyone by this point was drunk out of their minds. 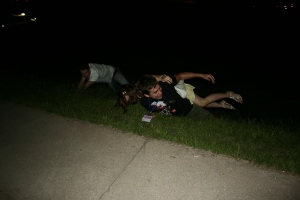 What, you didn’t believe me? 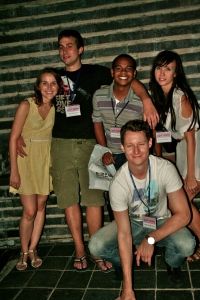 Each person from a different country! 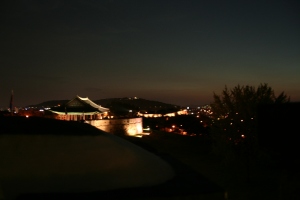 The wall surrounding the Fortress 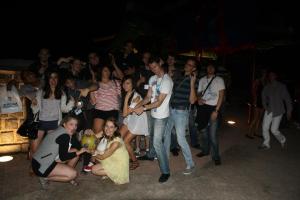 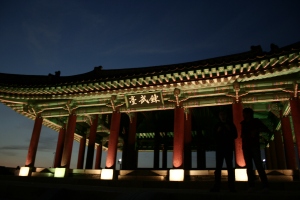 The most impressive structure in the Fortress.

All in all, a tiring (but good!) day, with a crazy night at NB (a club in Gangnam) to follow…

Be warned, if you’re getting email updates to my blog, I will be posting several more separate entries, so your inbox is about to get clogged 😛

One thought on “Suwon Folk Village and Hwaseong Fortress”